Relax knowing all emails and documents are filed centrally in a structured and secure way which are easy to search, find and retrieve within seconds from your Outlook window. 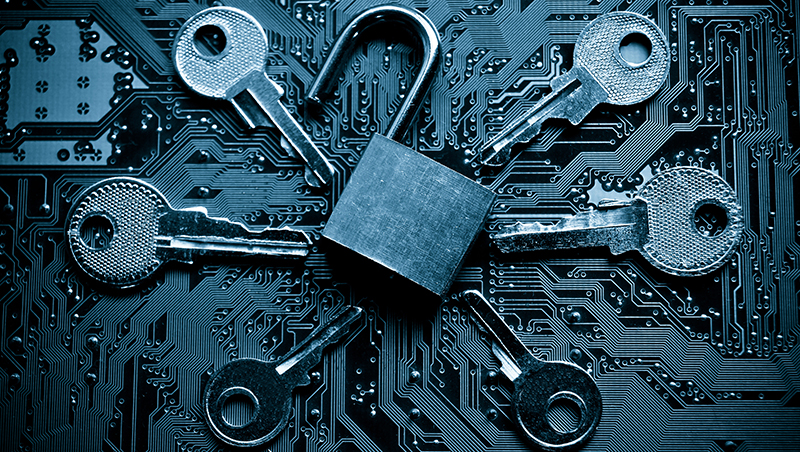 Users and groups can be synchronised from an LDAP Directory, Microsoft Active Directory, Office 365 or managed independently within the Knowledgemill System. A fully documented API is also available for integration with any other security provider, such as a third party Information Barrier product.

Knowledgemill folders can be secured automatically, as they are created, if the relevant security information is available from the source (ERP, PMS, CRM) system feeding into Knowledgemill. End users can also be granted rights to manage permissions on specific Knowledgemill folders that they own, rather than having to defer to IT every time they want to make a change.

Integration with common directories as a source of Users and Groups. Or of course, use the in-built Manager web application to manage users and groups directly in Knowledgemill.

No need to remember passwords. Kerberos Authentication is used to authorise user access to the Knowledgemill system.

All data on the network is encrypted using SSL, this includes end-user applications-to-server, and server-to-server network traffic.

Comprehensive role based security model, including 'System Manager' role that allows your administrators to configure system settings and manage permissions without needing to have access to the underlying emails and documents stored in the system.

Straighforward to setup but with the ability to set fine grained access control on folders and individual items.

A user with delegated access to another user’s email in Outlook can also file email into Knowledgemill on behalf of that user.

The Knowledgemill auditing model means that all actions within the system are logged so you can always report on who has been doing what to which folders or items.

Thinking About an Alternative to Outlook’s Public Folders?

Taking The Cost & Risk Out Of Email Management

Unleash the Power of Salesforce with Knowledgemill

Preparing for GDPR with Knowledgemill File